So this blog has been pretty neglected, I don’t like that. Currently I’m doing my English Masters dissertation on J.M. Coetzee which I suppose could be an excuse but it really isn’t. However the best cure to the whole not writing stuff is to write stuff. So I think this small update is probably due.

The progress on my dissertation is this; I’ve got a firm idea on what I’m doing and have 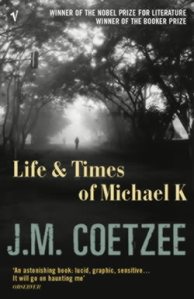 enough notes to write 15,000 words in my sleep. But it can get a little overwhelming, rather than the original (rather naive plan) of covering the entirety of J.M. Coetzee’s work, I’m instead focusing on The Life and Times of Michael K. This choice while quite sensible is a substantive work in itself. My current second chapter only covers about the first eighth of the book which then in turn makes me worry about covering the rest of the book in only six chapters total. It feels like even just this book, which in itself isn’t that weighty, becomes longer and longer the more I look at it. It’s one of the reasons I feel so inadequate when asked to do a critical look at anything by Shakespeare, not only am I trying to tease something interesting out of a very old text, but on top of that I’m competing against thousands of people who not only have lived longer and consequently read more, but they’re also heavily interested in the Elizabethan era. The last post was my first and only successful attempt to find an aspect of Shakespeare that hasn’t been beaten to death.

So where does that leave me? Well I’d like to have my dissertation finished before the end of November, which will give me at least a month to realise what a giant mistake I’ve made and to then completely rewrite it. I would say more about the content of my dissertation but the perennial (paranoid) fear that someone will swoop in, read what I’ve written and work out how to write it better is persistent. I hope in the future that not only will I post more often but that I will be putting an edited (truncated) version of my final dissertation up for posterity’s sake.

This entry was posted in Peter Jenkins and tagged Dissertation, Peter Jenkins, Update. Bookmark the permalink.